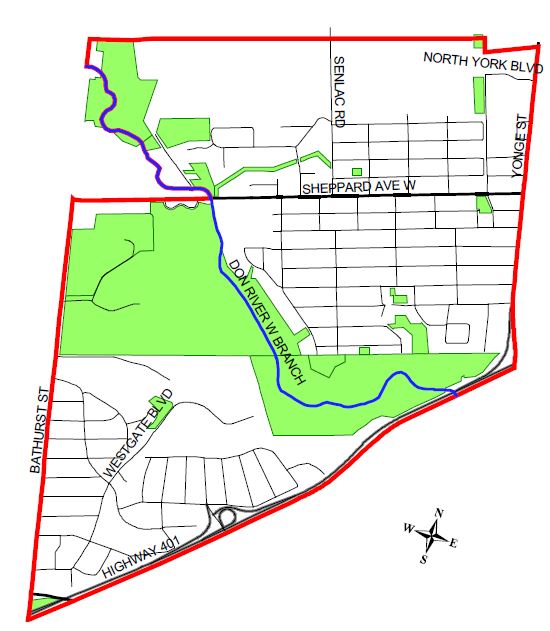 Lansing is a neighbourhood in Toronto, Ontario as defined by the city of Toronto (Lansing-Westgate).

Lansing is bordered by Yonge Street to the east, Highway 401 to the south, Bathurst Street to the west and Burnett Avenue to the north.The neighbourhood can even be broken down further with Lansing occupying the northeastern quadrant and Armour Heights the southwest section.

Homes in the neighbourhoods are largely owned and occupied by single families. The many mature pine trees in the neighbourhood and Don River, which effectively separate Armour Heights and Lansing provide a calm to a neighbourhood which is such close proximity to Toronto's Highway 401. Lansing or Willowdale is a very interesting area, because it is filled with two distinct types of households. The first are older couples, usually with adult children living in post-war bungalows. The second are younger, wealthy families living in "rebuilds". The neighbourhood is currently undergoing quite a bit of construction as wealthy families buy the bungalows, tear them down and build million dollar houses.

Green space commands much of the real estate here, with York Cemetery marking the area’s northern boundary, and Earl Bales Park and the Don Valley Golf Course slicing through its middle section. The area south of the park in Armour Heights is a pocket of well-maintained million-dollar stone, stucco or brick homes, connected to the north via a footpath. Just watch out for plastic-wrapped turd bombs: the trail is popular with professional dog walkers and has a ski run in the winter. The historic Lansing community, where the Sheppard family settled in 1798, has seen an influx of families in more recent years, many of them moving into new condos, monster homes and townhouses.

Toronto Centre for the Arts
As home to live theatre and the Toronto Philharmonia, the TCA brings plenty of downtown culture to the residents of this upper-uptown ’hood. 5040 Yonge St., 416-733-9388